My old mate Simon Hargraves came over a couple of days ago armed not only with a Corris open wagon in S, but literally a bagful of modern freight books. This is an idea which is gradually starting to bite even though it is so left-field from what I usually do; the whole ‘Modern’ thing is a bit of a black hole where I’m concerned, seemingly occupied by 25 year-olds with DCC controllers. However there is a bit of history here: One of the first RMs I bought was in May 1977 (that’ll be thirty two years I have no recollection of then!). Within its pages, and now preserved in a ring file, is an article by one John Allison called Porth-y-Waen. 20’ long and in O it seemed so different to all the other layouts in the magazine: Rural, diesel and freight only, and although I’ve never built a ‘modern’ layout, I think this particular article lodged in my head.

Jump forward to this year and a Steve Flint plan in RM thinly disguised as a plug for the Bachmann 150 and PECO’s double slip. The afore mentioned biker and railway employee suggested at the time that the track layout was unlikely and would probably be mirrored. But. Even though this is probably true, the general idea of something rural, pre-privatisation, and post-rationalisation remained. Something stripped down, blue diesel and just about pre-pretty liveries.


There are two problems here: Firstly I know nothing about the 1980’s (I think I was mostly sleeping). Secondly this will probably require stock that I have to buy, and not bodge out of card and bits of string. This is about me researching – with help from my old mate, and about buying things at knock down prices when I see them. The first case in point could be this: During the other night’s conversation scrap traffic was mentioned. Oh goody I thought 16 tonners! Err... no. It appears that by the notional date of 1986/7 they were gone. However. There was scrap traffic still carried in MDVs. The picture illustrating this information in the book was taken at an acute angle and the wagons looked like 16 tonners. Research led me to find that MDVs are these; 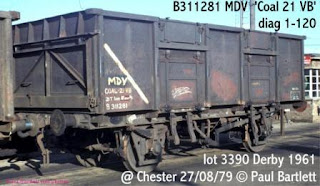 what I think of as 24Ton minerals and only used for block coal trains. Traps everywhere. But these are vehicles I can spend some time with. I’m sure this is only the first step of what could be a long process and learning curve.


Photo: Paul Bartlett, from his excellent site on all things rail. http://ukrailrollingstock.fotopic.net/
Posted by Chris Ford at 10:52 1 comment: 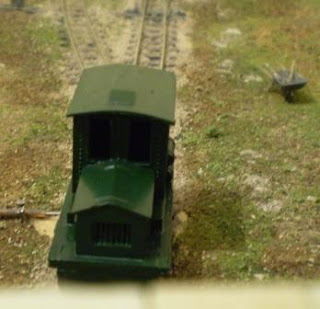 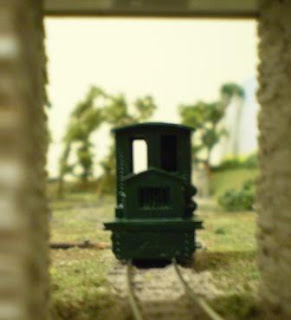 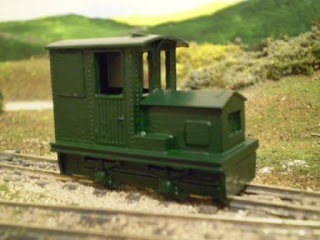 The title of this being like something out of 009 News in 1978. Well.... it probably was, for this is just one such project. Bearing in mind that Garn has 1.5 exhibition outings in 2010, I thought it wise to build-up the motive power base a little knowing how shows can quickly wipe-out 009 locos. A few years ago I started picking up Egger/Jouef stock partly for a retro-layout and partly for a continental tramway idea. Therefore there have been several (5) locos in the loft awaiting attention. Knowing full well that the first idea probably won't happen I made a decision to convert a couple to run on Garn. This is the first.

Below the footplate and the cab are the Egger 'works diesel', the rest 30thou plasticard. The roof was smoothed and a vent flap added and a bonnet put together. The grill is an N gauge gate, surplus from Unnycoombe.
To add are Greenwich couplings, glazing and, when I work out where to put it, the original exhaust pipe. 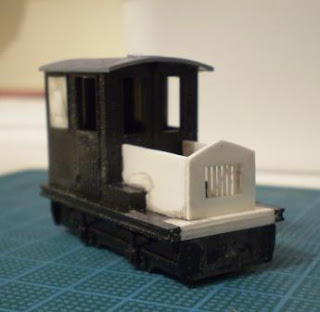