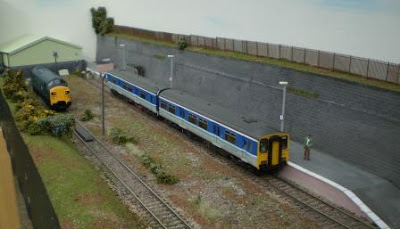 Rhiw
Rhiw was a OO layout mainly built from commercial items and used mostly ready to run rolling stock bolstered by a few kits. Built 2010/11 for an exhibition invite 12 months ahead. The fictional base was the South Wales valleys in the late 1980s in the last days of state-owned British Rail. The platform represented a 'new' structure built following the sale of the original terminus site.
For short video click here.

Traffic
Passenger traffic was all DMUs,  scrap and chemical traffic being worked via an exchange siding to an off-stage industrial site.The scenic portion was 7'2" in length x 12" in width plus a fiddle yard taking the overall length to a shade under 11'. Essentially the layout worked as a simple on-off shuttle for DMUs into the single platform, and a junction/exchange for the freight stock, the front road acting as the exchange siding. All sorts of ropey industrials were used, now a RTR Janus 0-6-0 or a Sentinel 0-4-0 would be a natural fit for this job. 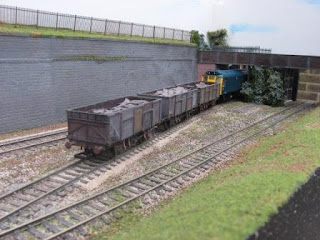 Prototype inspiration
One of the main pieces of inspiration for the layout was an article in the March 1986 Modern Railways which included a feature on the regeneration of the Welsh Valleys lines - of which Rhiw was an imaginary section. The modelled period is 85-89 just prior to privatisation and post miner's strike when the Valleys  had money pumped into them by the British Government and the European Union; new passenger services were planned on old freight lines and the (then) new Sprinter units were coming on-stream.

A full article on the building of Rhiw appeared in the July 2012 Railway Modeller.

The layout's main failing was the front operation which I found uncomfortable and intrusive to the viewer. Consequently Rhiw was broken up for parts in 2014 after attending several exhibitions and much of the track and the boards were recycled into the Art of Compromise GWR layout.
A Mk 2 version is under construction. 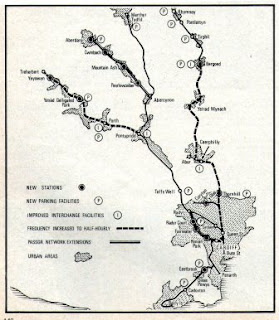 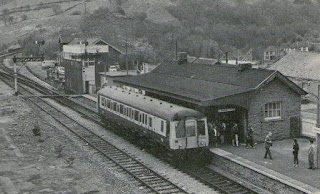 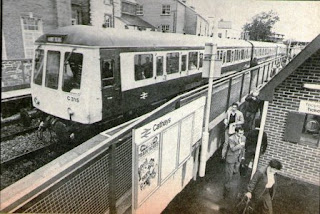 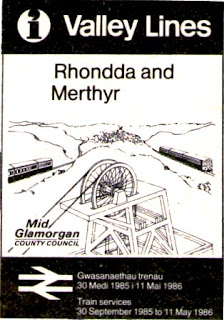