The weekend saw the first exhibition of the year with Svanda which hasn't been out much of late. This time to the SNCF Society's winter meeting. Norwegian layout at a French meeting? No I didn't get it either. Not that I woke up much before 2 o'clock anyway.
Svanda has built a reputation for 99% reliability and so it was here, mainly due to Nigel's unstinting tweeking beforehand and the quality of the locomotives - not my dubious tracklaying.
It's got one more show in the book, whether that will grow post it's appearance in Continental Modeller this month I don't know. We may have exhausted the South East shows now.
Posted by Chris Ford at 12:16 No comments: 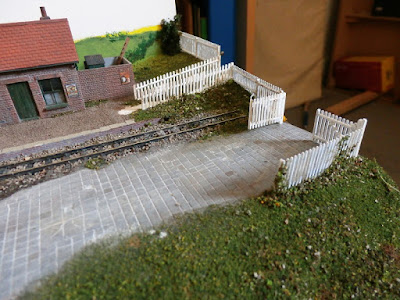 A little working up of the station end of the 009 layout with no name. Various bits of unrelated fencing and other bits of fluff. 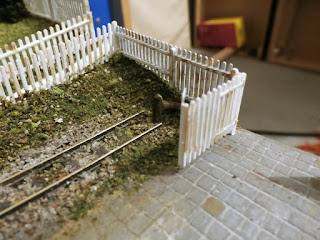 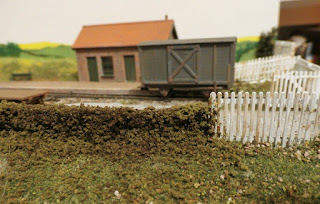 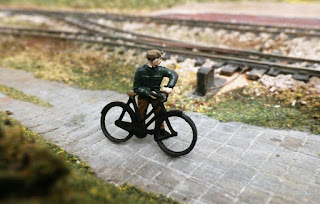 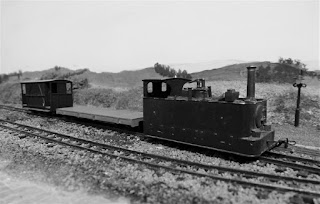 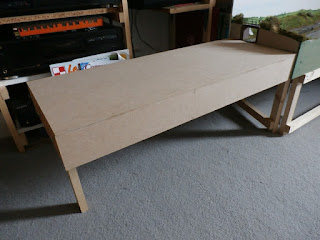 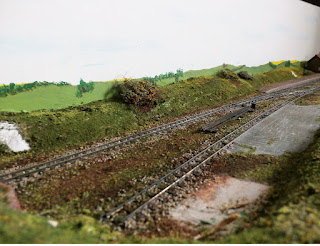 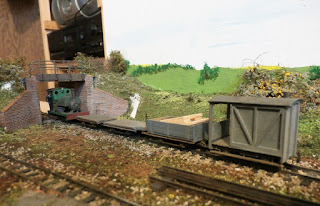 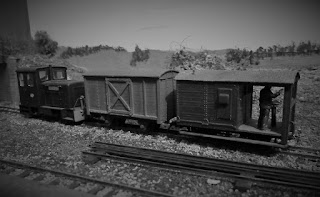 I watched all of the presidential inauguration yesterday. Aside from any political views on this there was one phrase that I thought I heard '...we're going to build more... railroads.'
Really? Now? At this point in history? By Americans?
Posted by Chris Ford at 19:54 1 comment: