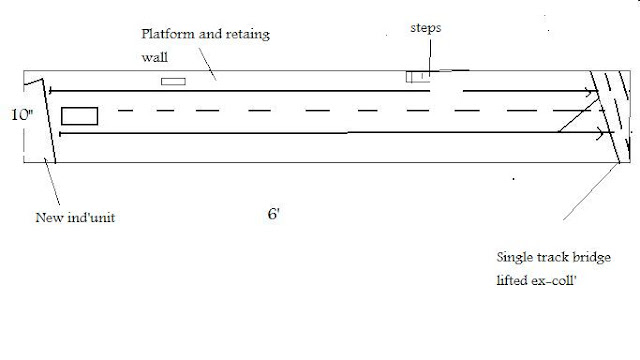 It's one of those periods during a modelling lifetime, where there is indecision. Post Arundel there's been a lull, a definite pause for breath, a 'what do I do now' moment. Unnycoombe behaved as well as could be expected, but doesn't seem publicly well received. What we had tried to do was build the real GW branch, not the chocolate and cream cliche. The overriding question now is 'what's next?'

There has been discussion of a Stalin-esque five year plan - a rolling layout building schedule so that we don't fall off of the exhibition manager's books. There was a time when the layout below was overwhelmed with invites, which surprised us, not just because it was thrown together in a very ad-hoc fashion, but because as can be seen, it was a bitch to site in a hall. (This is probably the only time that you will see a photo of yours-truly on here. Here seen at Southampton operating W/E with one of the much missed KPC hand-helds) 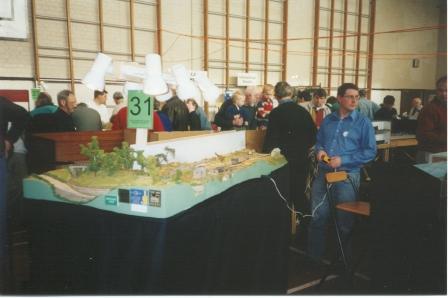 So the 'next' is a problem. The regular invite to Amberley would seem an ideal target to work toward as not only is it a great weekend, but it's quite low stress in exhibition terms. The public flow is light and there is time to tweak things. This gives from now, some 60 weeks to build something. Short? Not really if stock already in hand is used. This gave light to a 'survival of the fittest' remark. What could be brought up to speed and built the quickest. The one that came out top was American HO. I still have all the stock from the Einsford Mill project (MTI No18) in the loft, though there is a but...
Others for consideration are: European HO, O-16.5, O, another 009(?) and even the part built tiny 09 competition piece, which could be switched to 009 without too much breathing-on.
Time will tell.
Suggestions on a postcard.
Posted by Chris Ford at 10:35 3 comments:

Possibly 15 years ago I took it into my head to build a layout around some of the Golden Arrow kits that were available for 009 of the Southwold Railway stock. 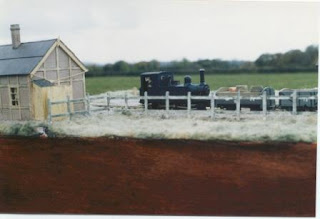 Apart from the afore mentioned kits most of the layout was scratch-built including the track. The station building taking the longest from wood strip and Slaters sheet brick-infill. 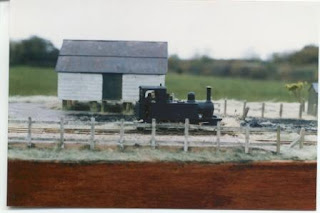 After a couple of exhibition outings, sometimes connected to Simon Wilson's Southwold, it was given away to a fellow club member. 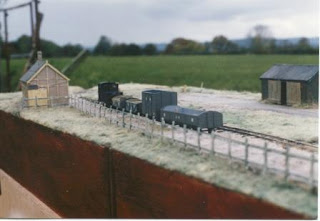