Something for the weekend


The first part.
Two exhibition visits in two days. One excellent, and one, despite high quality in some quarters, was sadly lacking. Tip for managers: If you must insist on having lots of rummage s/h stalls (one is good) don't put them opposite the entrance so that your visitor thinks that he's got the date wrong and it's the church jumble sale. I only went to this show to have a chat to a couple of people about an ongoing/upcoming project more of which later - I certainly won't go again. 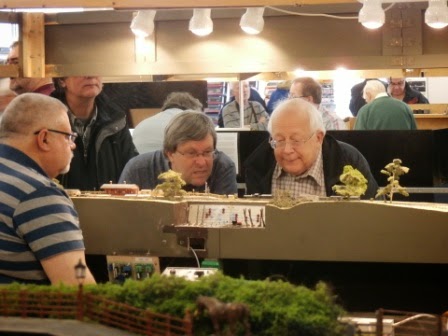 The second part.
Caption competition.
At the excellent Epsom show where it was hard to pick a duff one and even the last minute replacement would beat most into second place, there was a lot of chat and banter with old mates. Above are two stalwarts of the 3mm Society examining some 2mm finescale.
A prize for the most amusing.
Posted by Chris Ford at 16:15 5 comments: 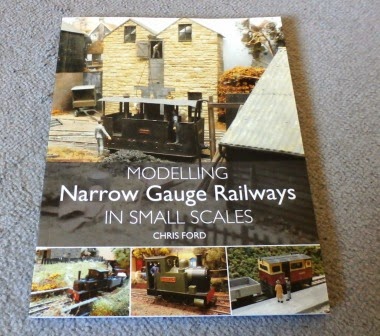 A few of you will know that I was scratching away with my quill pen for most of last year to produce a small volume on narrow gauge modelling. The pre-production copy landed on the mat today. Publication is, depending who you believe, sometime between the 19-25 May and is available to pre-order from Amazon. It's much the same sort of fare as you get here, though maybe not quite so cheeky, and includes the building of Edge as it's centrepiece as well as photos of the layouts of all my best mates.
Plug over. I thank you *bows*.
Posted by Chris Ford at 13:55 6 comments: 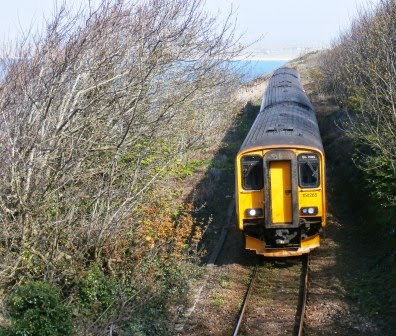 I've not been well. No I'm lying. We've been away - for sun, sea, sand and warm soft things mostly filled with meat.
The target was to avoid any rail-oriented subjects, however, Mrs.F. is relentless in her ability to search these things out and hands me all sorts of brochures and info, dragging me kicking and screaming onto something on rails. Therefore expect a couple of items in the future with a Cornish bent.
First up was a smart move for St. Ives. Don't take the car - it's busy. Instead find St. Erth station off the A30, Park just down from the station outside the Jehovah's Witness car park, pay four quid and sit on a Class 150 and watch the scenery pass by.
The Cyril Freezer angle is obvious, but this is no longer the Tregunna influencing station, being a simple single line and platform. However getting off the train and standing inside THAT view that is in so many of the West Country rail albums does bring a smile. We walked back as far as Carbis Bay which is a steep climb from beach to station, but again, even though the buildings are no longer at the top of the steps, you're once again in a classic photo.
Posted by Chris Ford at 13:46 1 comment: 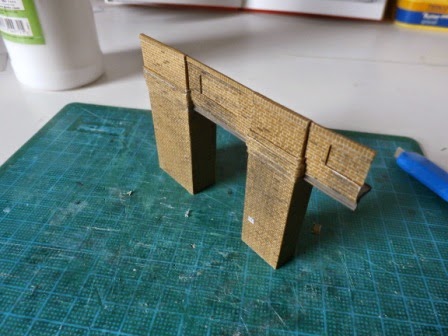 ... on a Saturday no less.
I think I've been in a generally reflective mood since Christmas, as far as modelling is concerned. I'm probably repeating myself, but it's good to take stock of what you are doing and why from time to time. Last year got a bit silly in places with too many exhibitions and I've now made a conscious effort to keep the shows to the ones that I wanted to do and also a lean toward the one day variety (more on this later). Obviously exhibitions are a bit like the Masons - you can only turn up if you are invited (as well as having some dubious characters). It's not possible to decide which ones you want to do and when; it is only possible to edit this by saying no. There is also the aspect of forward planning; I find it awkward to consider taking bookings a long way in advance, and no matter how hard I sell the idea, exhibition managers seem completely blind to the advantages of my suggestion of ringing me the week before if someone drops out -  a sort of modeller's subs-bench. I have no idea what I will be dong in May 2017, but if you want a gap filled at short notice I can give a very fast yes or no.

It's a bit full steam ahead on the card project. The bridge above is now finished and I can start filling around it. For those who didn't guess, this is in 3mm scale; not my usual home turf, but one which I've always though had distinct possibilities. This little project gives me an excuse to do something without committing too much, but still with a target of May which is creeping up fast.
Cardboard and brickpaper... it's the future.

I got asked to do a show in Surrey during the SDG Member's Day. I asked the usual questions: when. where, would there be cake, that sort of thing. All was going fairly well, until I asked if it was two days. The reaction was as if I'd requested a couple of hours in a hotel with his wife, and then he walked off in disgust when I turned it down purely on the basis that it was two. Sorry, but I just don't want to spend a whole weekend shuffling stock up and down. Is there any benefit to anybody by spreading the game over two rather than one day? Does the gate double? I doubt it. And does the balance of setting any extra income play well against all the extra B&B costs etc?
Taking part in a model railway exhibition can be fun, entertaining, inspiring and thoroughly enjoyable, but I do have a life.

Lastly I was rather amused to read in the national press the the Epping Ongar Railway is getting an undeserved amount of flack for hiring the line to a Canadian film company who used it to shoot a mucky flick. The report was blind to the fact that preserved lines are absolutely strapped for cash and will take anybody's money. The complainants have a problem that they could follow this with a Peppa Pig weekend. I'm sure if there were a choice...
Posted by Chris Ford at 20:23 2 comments: 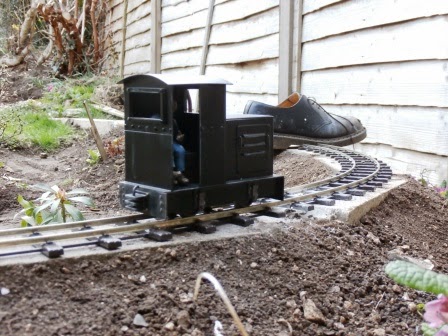 The town of Lewes is ringed by roughly four housing areas. The Roman/Norman part of the town sits on the strip from the Ouse Valley up to and around the castle site; the housing is arranged loosely around this on the hillsides. If you want flat walking you don't move here as any walk involves a hike up a stiff gradient sooner or later. Why am I telling you this? Well mainly for historical reasons we live at just about the highest point of all this, half way up the Downs, yards from the 1264 battle site.
Now accepted wisdom states that model railways in the garden need to be flat -  I don't got flat... I got about a 1 in 15 slope at the bottom which winds up even steeper at the top. So why an I building  something outside?
This is true civil engineering: cut-in at the top and raised on a bank at the bottom (the trackbed  in the photo is 12" decorative  walling blocks). So far I've managed to use bits of walling and tat from around the garden. That's now run out, but track is now down (1" brass screws rather than my usual cut-down Peco pins) and the inaugural light engine ran around the first 10' feet of track with a Mk1 Dr Martin buffer stop in use.
This is all weirdly different from building baseboards.
Posted by Chris Ford at 11:25 3 comments: