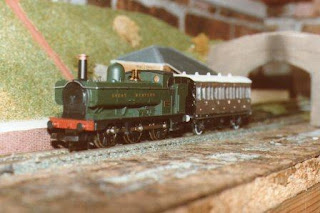 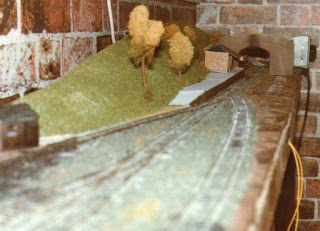 The start
1978 - I was 14 and Roy Link's 'Art of the Compromise article had just appeared - a plan that would haunt me for nearly 40 years. Things to note in the above two photos : the brick wallpaper, the H and M Clipper controller, and the 2x1 and chipboard baseboard with cork tile underlay. 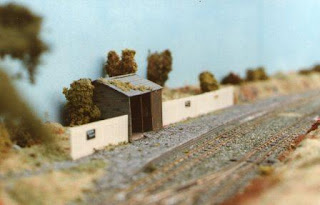 My first flat
The first 009 layout built in a one-bedroom flat in 1987. I'd discovered 009 scale and this was perfect for a domestic space with little room for a layout. Scratch-built buildings, Peco track and ply basebords, semi-boxed design... very modern for the time. 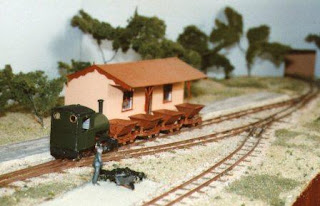 First exhibition. 1992.
Still with 009 and a layout based loosely on Golf Links on the Rye and Camber Tramway. Fully boxed ply﻿ boards, scratch built building and soldered track construction. 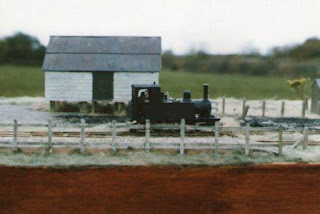 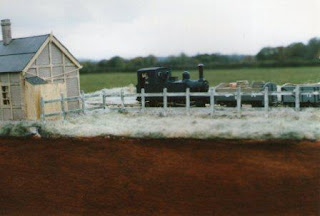 1993
A prototype... well nearly. Wenhaston on the Southwold, but built to 009 standards. Ply board again, but no box or backscene. Scratch-built track on PCB and buildings from card/wood/plastic. I was particularly pleased with the Arthur Pain station building which was built using stripwood over card and then inlaid with Slaters brick. Carpet underfelt grass and rolling stock from Golden Arrow. The layout was sometimes shown at table height connected to Simon Wilson's Southwold - he still has the stock pictured...now painted green (of course).