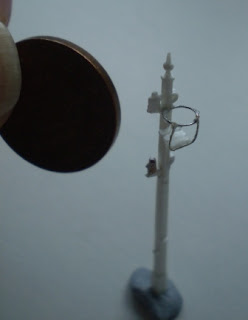 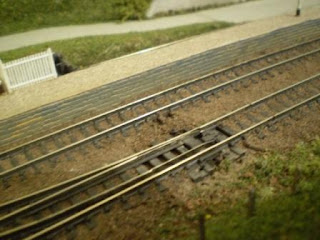 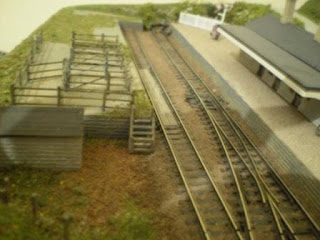 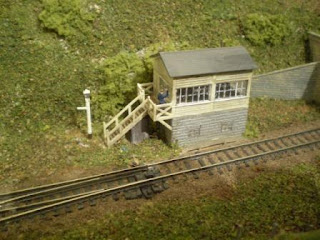 Sunday saw a little work being done on Unnycoombe. A proportion of the groundcover had left the scene and needed to be re-laid, the steps to be fitted, and the ballast touched in just to stop the nagging. Plus Nigel brought in the work so far done on re-building the shunt/starter signal.

Then off to the Uckfield show. The usual high standard, but a little short on running. I looked at Horselunges three times in an hour and a half... nothing moved. But then I suppose it's now (in it's rebuilt form) is both P4 and DCC. My point is proved yet again. All that expensive technology and nothing moves. Real shame as the modelling is exquisite.

A chat with an old friend known for his large scale NG modelling found him in thoughtful mood and hovering around the 3mm and S gauges. I'm glad it's not only me who wanders around and tries other things.
Posted by Chris Ford at 09:37