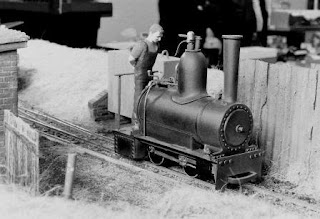 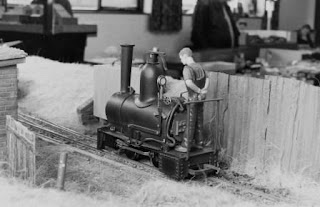 Quite a while ago I was asked about a Horwich style loco that ran on Pinchingfield. I explained that nice that it was it was owned and built by Steve Bagley, Haywards Heath's favourite ex-Met policeman. It was all scratch-built on a modified (check the slide-bars) Hornby mech. Unfortunately the fragile smokebox dart has been lost in these photos.

The above appears now as Nigel happened upon a box of slides - of which these were two - containing several B/W shots taken on the Brighton line around the Burgess Hill area. expect a run of these very soon.