A few years ago now there was a rush to make things for 7mm narrow gauge out of the Gnomy toy range. I wasn't immune to this upsurge and chopped the little coach into something that suggested a European steam tram. In order to keep the balconies I had to resort to using a Tenshodo spud to power it and wrote the whole thing up for Railway Modeller in 19 hundred and frozen to death. Moving on a few years I stole the spud unit to power a whitemetal J70 to use on Froxington. Now seemed the right time to restore the spud to its original home. 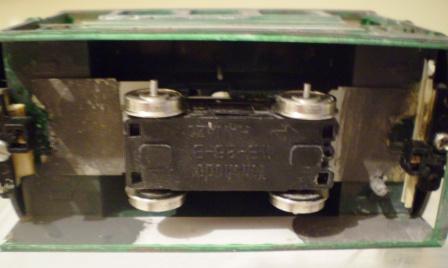 Spuds are generally attached from above via a central screw. This wasn't easy when I built the thing and was less so now involving using all my gynaecological skills, poking the flat screw down through a hole in the top of the 'tanks' with a bit of blu-tack and a small screwdriver. 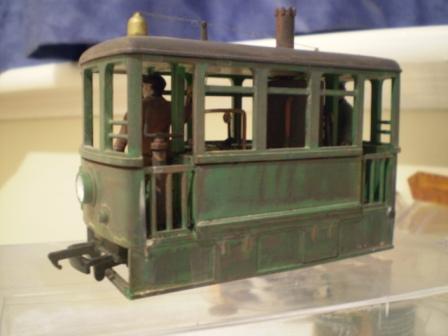 Before I get moaned at, the above shows the whole loco. For students of this sort of thing it comprises of: the £2.99 coach, a till roll, some wire, Gibson brake handle and filler caps, a cocktail stick and a washer and a chimney from the clicky bit of a ball-point pen which is a force fit and actually holds the whole thing together.

For a bit of inspiration, though electric, try this.
http://www.youtube.com/watch?v=IUZBXr_VLWM&feature=related
Posted by Chris Ford at 23:36