Nigel rolled up at the Ford cottage yesterday for the final bit of woodwork on the 'Norwegian layout that has no name' . Normally he's pretty quick with a punning name, but punned Norwegian for a British audience won't really work. 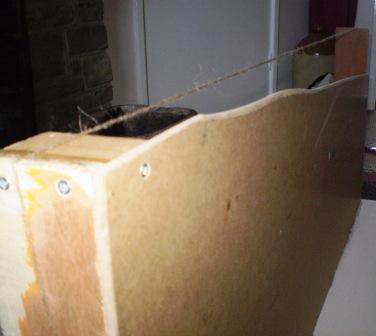 The main thrust was the 'legs' for the dropped beach section at the front. There was some debate to start with on the shape of this bit so it came down to doing it now and bolting some extra bits on. A piece of string was tensioned across the front to ensure that the legs were the right length. This was not a good idea as five minutes were wasted when I realised that it 'sang' quite well. 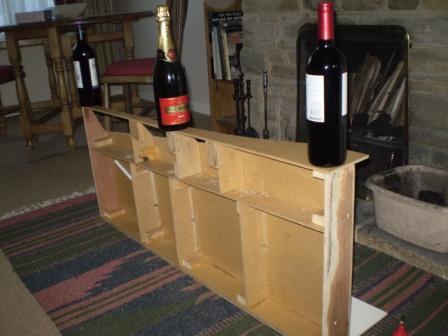 Producing some wine only cheered the occasion if only to weight the fascia while the glue went off.