The line to Hayling shut in 1963 and has been in most part turned into a very well done and well used green lane starting in central Havant and ending at the south of the island with a break at the road bridge. The first bit of real stuff you get to is this bridge under the old A27 Emsworth Rd. Sorry for the camera shake, but the barbs were only just kicking in. 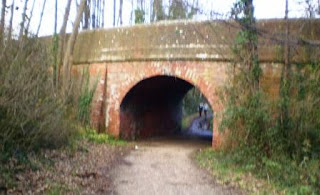 Fifteen minutes walk later and the path crosses Langstone Rd - the site of the much photographed level crossing. I'm not sure if the square building was part of the house behind or a crossing keeper's cottage. The line followed what is now the road. 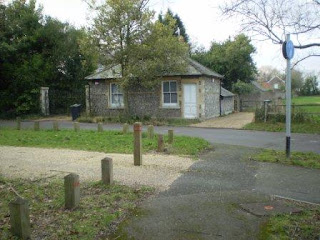 Just past this is the site of Langstone Station which sat on the right of shot. Rather a grand title for a short wooden platform and small shelter - now predictably all gone. 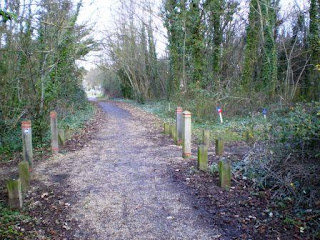 A few hundred yards before Langstone Harbour the council path swings left toward the road to allow walkers to cross the road bridge leaving only the interested and knowing to scramble to the spit which carried the line to it's own bridge. Originally wooden, and then encased in concrete, which is what remains. 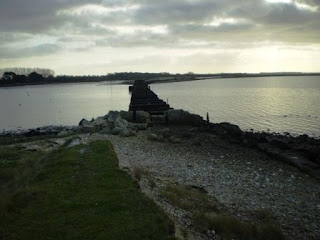 With the light fading we turned and the final shot is back up toward Havant. The line split here. There was a coal wharf on the left and another on a seperate line on the right by the masts. Along with, I believe, the ramp to the short-lived paddle steamer car float to the Isle of Wight. 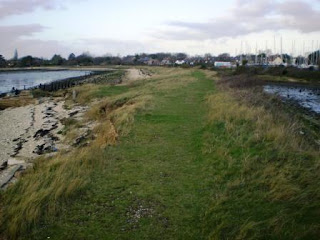 The walk continues down the island, but with dropping light and tea with Cruella de Ville calling, we left it there.
Posted by Chris Ford at 09:44