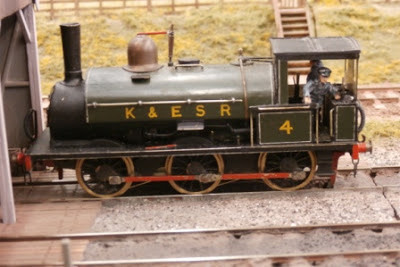 A visit yesterday to Expo EM at Bracknall. Not over-attended it has to be said, but then it's a specialist show. What was very noticeable was the lack of badly running layouts and finger-poking. If this was the only show I'd been to this year I would have said that the hobby had come on in leaps and bounds. However I know full well that this is not so, and other layouts in other shows (mine included) fail miserably in that respect. I can be done though. 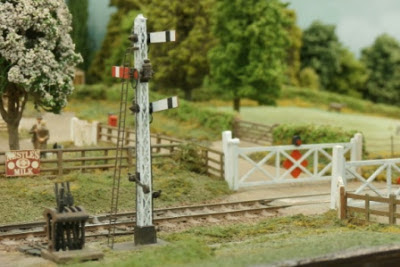 One of the main reasons for going was to see Leslie Darbyshire's Maidstone Road. This has been under development since the late fifties and like that other long serving layout that always gets mentioned this single-minded approach pays dividends in the form of charm and character. An almost layer-like effect where you can see where things have be improved and where older items have been retained. No 4 at the top is, I believe the original scratch-built loco making it over half a century old. Don't tell be that your Bachmann 3F will have the same charm and still be running at exhibitions in 2063. Pure inspiration.
Posted by Chris Ford at 01:56