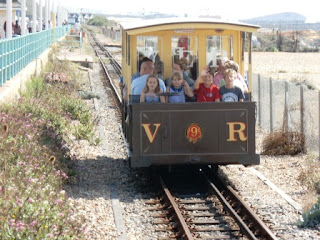 The Volks Railway was open in 1883 and claims to be the oldest operating electric railway, although I think this may be challenged by a line in Wales. Originally laid to 2' and later regauged to 2'9" it currently runs from the Palace Pier to a point just short of Brighton Marina. mostly at ground level. 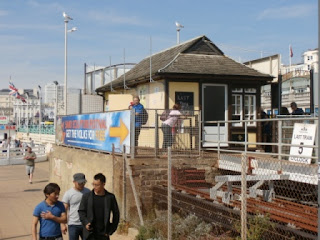 The 'station' at the pier end. Wills taxi man' shelter as a start point in 4mm? 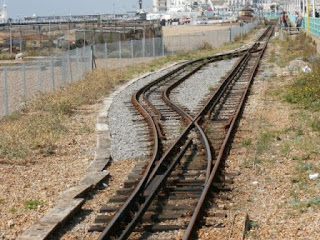 The loop at the western end sit a couple of hundred yards from the terminus. 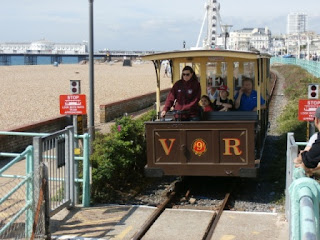 Stock comprises of powered cars and trailers running off of 110 volts from the third rail.
Posted by Chris Ford at 13:26