The pile of wagon kits 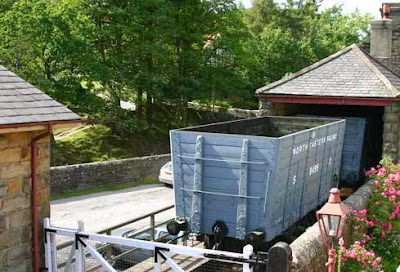 Leading slightly on from the last post and more following a couple of conversations with Nigel I've been pondering on few things regarding what's in stock. There is the remains of the five year plan to think about, the destruction of Rhiw in the new year to save on timber and the epic build and description underway at present. But it comes down to two angles at the moment 1. I like making things  (and I'm puzzled by so-called modellers who don't) 2. I have a stock of rolling stock items in my back pocket which I really should tackle before long. But why should I?

There is the cash angle: in these days of austerity and with a step-son bleating about wanting a car and cash for same - Jeez, he's never even built a go-cart with pram wheels, what does he think he's going to do with a car? - and building thirty wagon kits up would be cheap. I also have a real thing about wagons - hence the pile in the first place. The imbedded problem is that they're a bit eclectic so what would I do with them? The conversations with Mr. Hill suggested a neutral back drop, possibly quite small where wagons could be pottered about with and have snaps taken to put up here. But how small could that be?
Posted by Chris Ford at 01:38