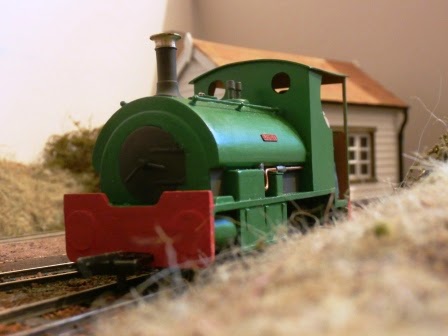 Yesterday was the day when things got tested. The almost built water tower was trial fitted and then taken away by Nigel to finish. All the stock was run around the layout in various combinations and a few likely operative moves tried out. Once the track had been cleaned and a bit of snagging undergrowth had been trimmed back all went fairly smoothly. There was one major fail: the Gnomy tram conversion that I built in the 1990s is simply too un-grunty to manage the heavy Tri-ang based wagons with it's Tenshodo drive. On its own it's fine. Adding more weight would not be a problem, but I'm not sure that the unit would take too kindly to it. It's therefore be put on the reserve list.
There's still a fair way to go before March, but nothing impossible.
Posted by Chris Ford at 16:51