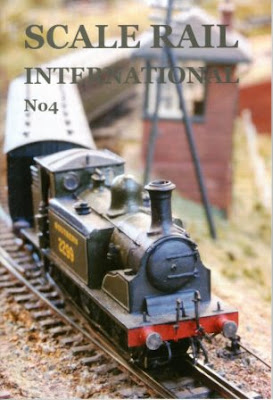 Back after all the seasonal fun and a week of tidy-up, on now to the serious business of getting a small mag out and some other modelling/writing. Much to my amazement as much as anyone else's the forth number of SRI has gone out as planned and I've just sent No 5 to the printers in Holland. No 4 has earned quite a bit of complementary feedback although I'm pretty critical as always. The mix is more even now than the earlier issues leading off with Peter Bossom's 3mm scale Thunder's Hill.

And as it only been a week since all the fun and games finished a little lip-sync piece has just been released. You have been warned.