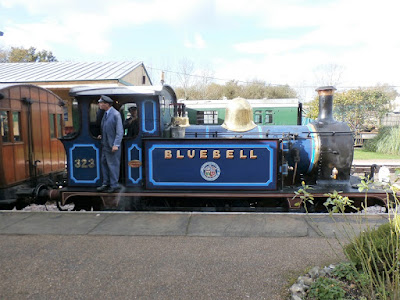 As usual on a visit to the Bluebell I head for the smaller oddball stuff that everyone else avoids Yesterday I was in riding mode with two small people in tow and lucked out with the P Class and the pre-group four-wheeelers. It's a little cramped, but far preferable to something with a tender and a brace of Mk 1s. Howard (below) was having his carb emptied and closed for the winter and I had a brief chat to the guy working on it about the worry of declining engineering skills and the education of same. The BR run an apprentice scheme to try and fight this, but other lines seem to shy away, finding it easier just to moan about the lack of cash and young interest. 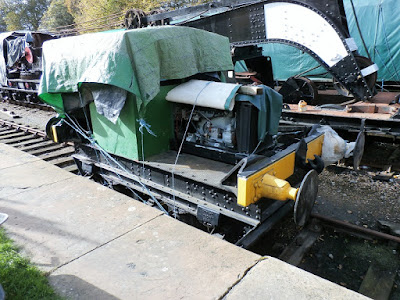