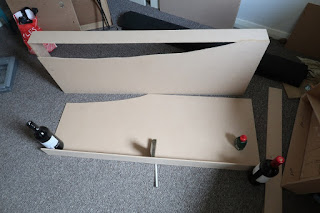 Fact: I have a pile of GWR buildings constructed for the book
Fact: AotC was an itch that I needed to scratch, but has now been passed on to one of the gentlemen in the list to your right.
Fact: There is a raw set of stock.
Stupidity: Instead of disposing of the above stock and buildings I decide to turn it into a layout and then offer it to the Croydon club for their show on the 12/13th October this year.
Result: Yesterday a certain son-of a-carpenter turned up with MDF which was cut and I now have half the boards done.
Result: Two simultaneous layout builds, and the first is problematic, but not unsortable. 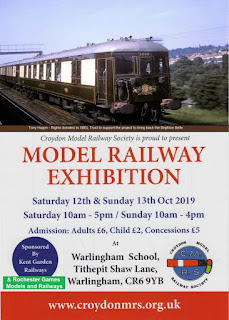