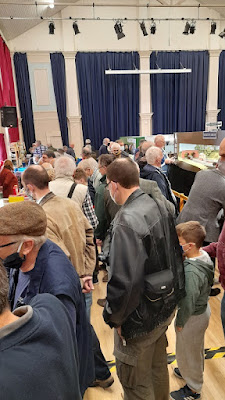 The annual pilgrimage to the Uckfield exhibition. It was packed! I got knobbled by the manager as soon as I'd walked in. They'd decided to run it more or less as normal as it would be tricky to change it. I agreed. The usual spacings and room layout, so as you can see from above the usual sharp elbows to get round. The only consideration was sanitiser on the way in.  Because of this mask wearing was high. Notably a couple of the regular traders had been replaced, but no holes in the room. 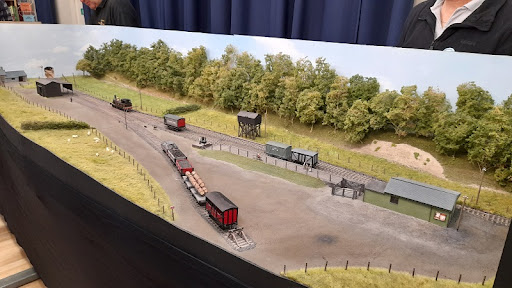 Uckfield leans toward  a finescale vibe, but was missing the usual 3mm and S attendees. That aside, some top notch stuff on show. There is a problem with this. Adrian prides himself (surely not?) on getting debut appearance layouts from quite long distances and possibly because of this, or maybe the finescale thing there, was way too much fingerpoken and push-along going on, even by the time I left at ten to three. This ain't a good advert for higher echelon modelling despite it all looking stunning. As I've said repeatedly over the years on here - this is a show guys, not a club night. 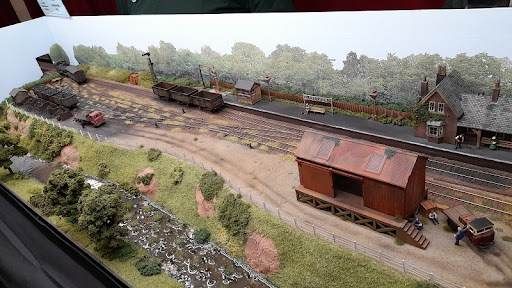 Food was taken at the cafe at the front of the building, which as always was excellent and cheap. All in all it was a brave and worthwhile move considering that shows are still being cancelled due to drop outs (but do they bother to try to get replacements?). 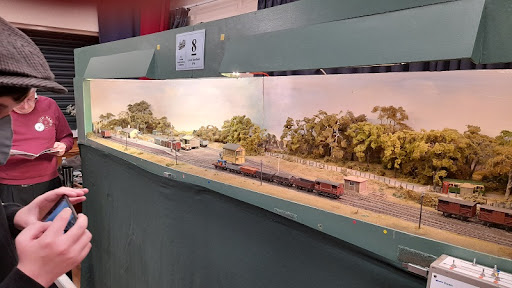