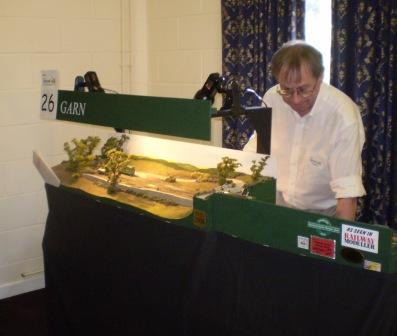 Fareham at Wickham. Garn ran without hitch apart from clumsy operators. Definitely shirtsleeves even on October 1st as this snap of a warm Nigel will prove. 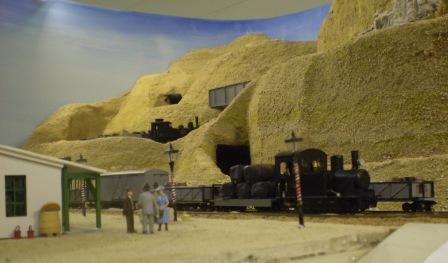 I was rather taken with the other 009 layout in attendence, Julian Evison's Khan. An unashamed large scale rabbit warren which was deservedly popular all over the weekend.


Again thoughts to the future of Garn and although it is being advised against in certain quarters, I have an idea to sell in the not too distant future. One, because it has done what it set out to do, and two, I have bills to pay.