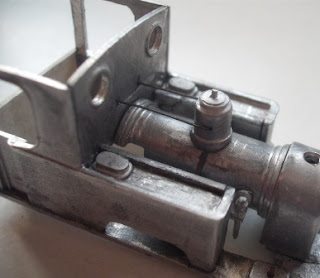 And onward with the fiddling. Sand pipes have gone on from a bit of microrod from the scrapbox as have what I take to be remains of draincocks from more of the same. The operating rods from the wire of a defunct pair of brushes (google- drum brush). Note the chimney was absent at this stage - it would only have got knocked off. 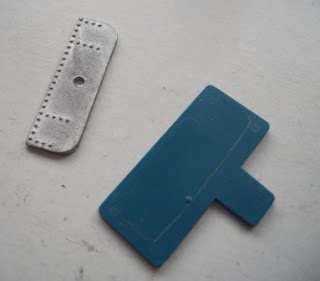 There was only one bufferbeam so a replacement was cut from a suitable thickness piece of plastic (originally part of an N gauge Lima shunter I think) again from the scrap box, using the available one as a pattern. 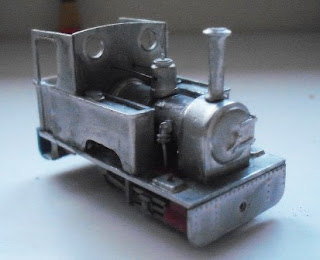 Chimney on, and test fitted to the chassis complete with bufferbeams and steps.
The roof needs some thought still, as does the cab interior which obviously is very open.
Posted by Chris Ford at 09:30