As mentioned a couple of days ago Tal coed hit the High St. of Haywards Heath for the Sussex Downs Open Day. First thing I had to do was pay Steve Fulljames for the plates for the last two 009 locos that had arrived in the week. More on this later. 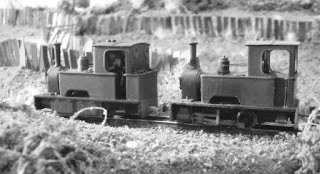 Mr Campbell was in attendance with his latest Skylark and coaches so it seemed churlish not to run a double header with Alf.  Same kit, Kato and Fleishmann drives, compare and contrast... 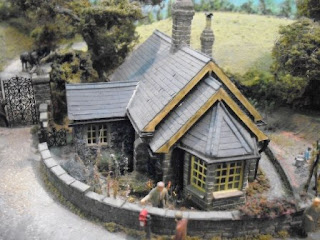 The entire Upsands and Everleight Light Railway was running... this being my favourite cameo - Etheridge Towers gatehouse. Nigel Hill's Airfix church -rebuilt by Martin Collins with a post box by the late Alan Fall. An unlikely trio of names on a build. 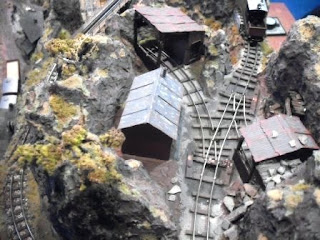 Probably by favourite 009 warren (and more on this later) Phil Savage's Talynog. Here the working (in 009!) stub points. 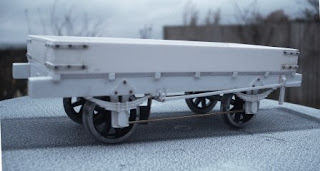 And finally home to prime Nigel's latest build - an 1850s Midland open in O Gauge. This is a stunning piece of work build purely from a Bob Essery drawing entirely in plasticard except the Slaters wheels. A refreshing antidote to all the RTR that is everywhere now. Proper modelling.
Posted by Chris Ford at 10:31