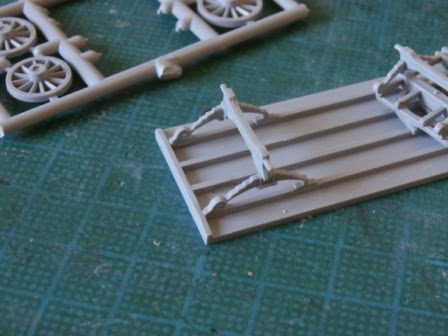 Rear springs and axle on. 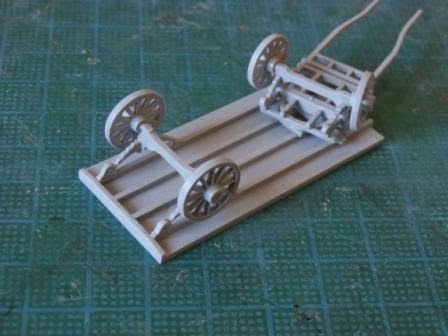 The axles were shortened and pinpointed slightly before adding the wheels. 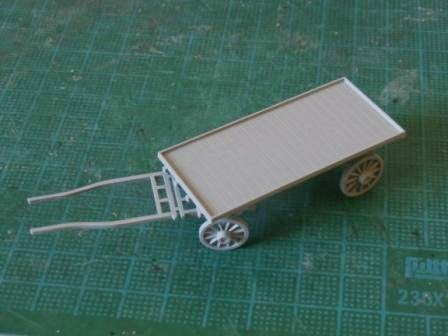 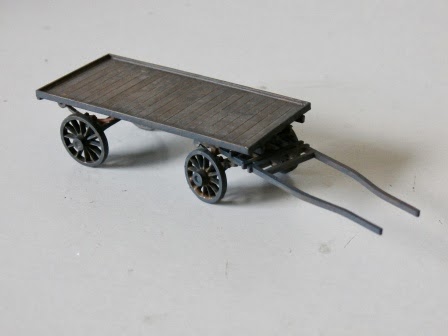 Although there is not much on the net on these vehicles or in the GWR road vehicles book which is very coy when it comes to the horse drawn stuff, there is a wealth of info in Nigel's LMS equivalent which gets almost anal about paint-date plates. Apart from lots of photos there is the nugget that during WW1 most of the railway vehicles were painted light grey and by the late 20's were in dark grey... splendid, that made my life a whole lot easier. I had visions of having to paint it like a pikey caravan. Instead I could rely on my oft used palette of Humbrol 67,27, 72 and 29 and a little metallic on the wheel rims. Now the 'orse...
PS may I draw you attention to Paul B's extra info below.
Posted by Chris Ford at 11:38