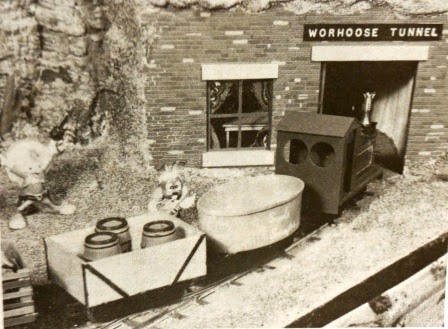 I thought I might run a mini series on inspirational layouts; inspirational for me that is. The first is slightly bizarre and appeared in RM in December  1977. The build is fairly obvious using scraps and Triang chassis (no one does that any more do they?). The builder was J.Alan Cook who was credited in other contemporary issues as loco builder to Iain Futers. The layout came to exist mainly as a wind up for the club rivet counters.
Why do I like it? Well it's delightfully naff, but the finescale ethic comes through (note the hand-built track). It's not naff in that it is well made and is effective in it's simplicity.
Also note that I have all the bits to build one of my own already in stock. 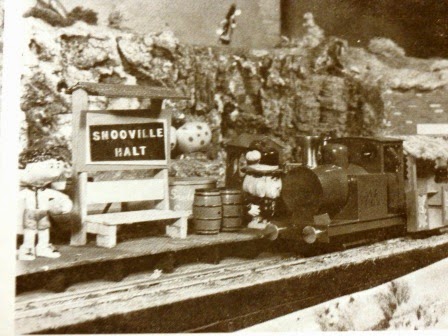 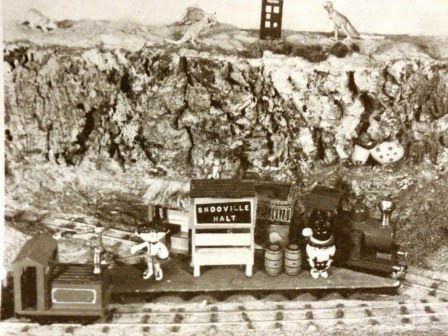