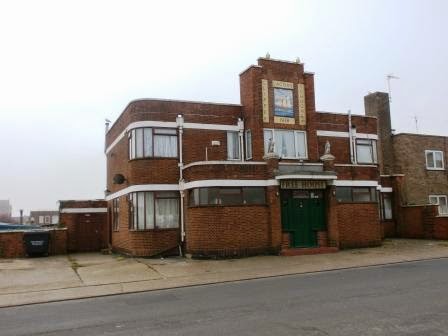 I haven't done one of these for a while, but it's tidy up time.
The above was taken in Yarmouth on the recent jaunt. Unremarkable really, but that is my point - it isn't. It's a fairly ordinary dockside pub on the South Quay, obviously art-deco and dated at the top '1938'. Design wise it shows all the characteristics of it's build period and at the time would have stood out as a building of modernity. So where's the problem? The problem is that there's nobody in there. This means that in the current climate it is likely (if it's not listed) that within a few years it will be closed, demolished and the area re-developed. Which would be a real shame. The problem for us a modellers is that every time this happens we lose another bit of  background architecture that can be modelled and used as an inspirational period scene set. What we should be doing is at least recording all this stuff for the day that it isn't here any more.
Or is it just me who gives a shit? 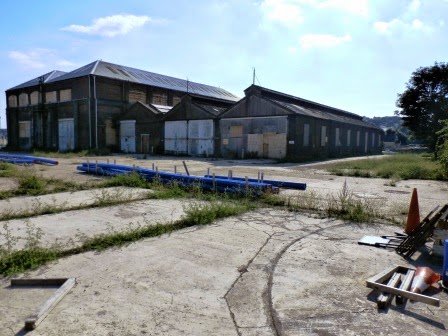 On the same topic something closer to home for me; sunny Newhaven. Above and below are the engine sheds for the port. These have remained empty for years, but now there are people beavering away in there so I'm guessing that they'll soon be flattened. The above is from the port entrance road and technically I was trespassing when I took the photo as there is a sign which informs me of this and states 'no photography'. Why? What's the problem? Or is this just French awkwardness? Bizarrely the French own the entire port much to the chagrin of the locals (the only sandy beach for miles, and no one is allowed on it). Below is the rear. To the left a part remaindered BR van and beyond that the railway social club which is still thriving despite there being no railway workers any more. 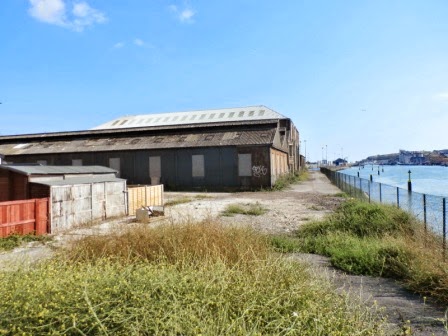 Below a photo lifted from the net dated 1958. A much happier scene at the same point and during a period in history when the French were recently quite happy to have us arrive on their beaches. 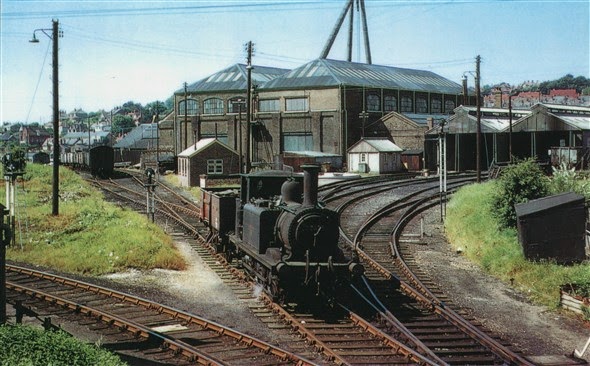