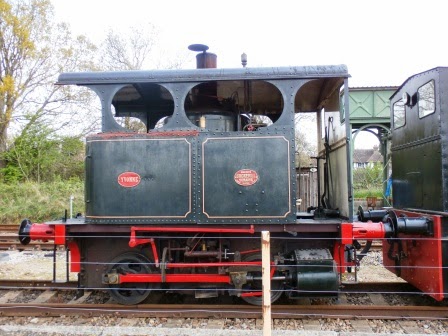 For the first time ever we visited the Lavender Line this afternoon. A bit of a curate's egg. I've lived near it for most of my life, and school holiday bike rides occasionally featured a clamber around the derelict buildings. Today though it looks well-tended, but feels woefully short of funds. If I were to volunteer anywhere it would be here (it's still only a bike ride away) but a conversation led me to believe that it's just as negatively de-marked and political as a lot of the other larger preserved lines, so I will now bury that thought.

A small but mixed variety of stock including this Belgian Cockerill 0-4-0 VB which caught my eye and a royal saloon which is on sale at £65k; which if you wanted a neat house conversion and have 100' of spare land is a snip.
Posted by Chris Ford at 17:53