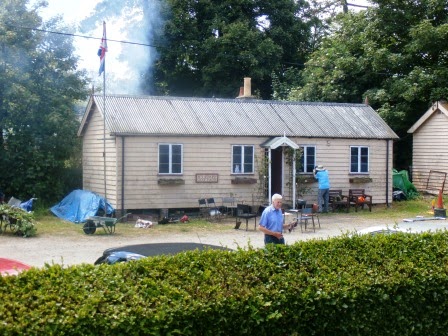 Like others of the modelling persuasion I tend to turn the camera away from the trains an snap away at the lineside stuff. Above is on of the pair of staff cottages which are in the goods yard at Northiam. 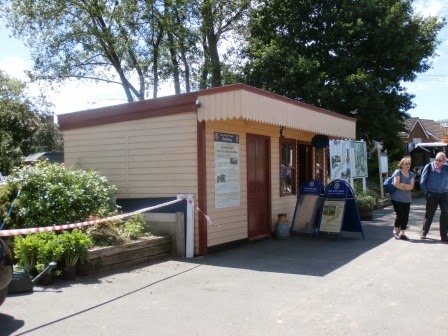 The original station building at Rolvenden when it was originally named Tenterten. Probably a bit like Washington's axe in that it's been preserved with 90% new material. Anyways it's now part of the display behind Tenterten station. A better small light or NG station you would be hard pushed to find. 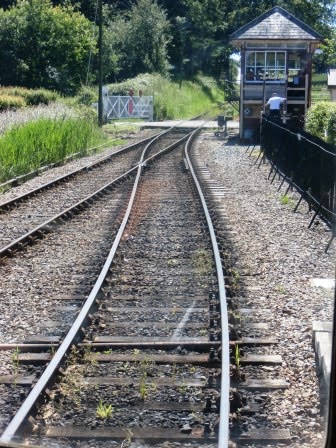 This shot though the cab window of the 108 shows the box at Wittersham Rd. What I noticed was the sleepering. We tend to go for the perfect and in line on models, and yet this, while straight is slewed at multiple different lengths, up to maybe 8" difference in places. Food for thought?
Posted by Chris Ford at 10:55