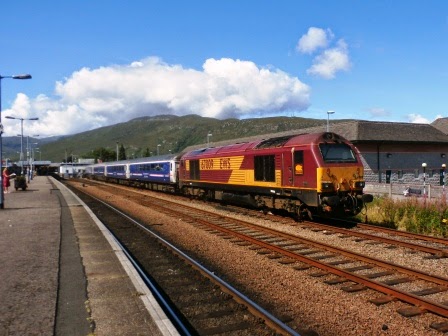 Back to Fort William after five years. I like this area a lot, the downside is that it is just so far away that you have to build the best part of three days driving in to get there and back. The last time we drove up to Kyle of Lochalsh and over the bridge to Skye, this time a train to Mallaig was the centre point. There is a steam service - all very nice and packed with Potter fans. The sensible and thrifty take the service train, the view is the same, but you don't get coated in ice cream. I'd done this line before, only the entire thing from Glasgow Queen Street; this time from Fort William and a mere 25 minutes walk from the digs. a pair of 156 units being not quite as glamorous as maroon Mk 1's, but air conditioned and much quieter. 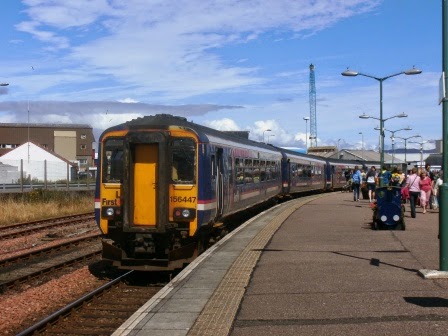 The reason for the lack of steam interest is that you do this run for the ride and the scenery, and that doesn't change whatever mode of carriage you take. The line is as windy as some of the Welsh narrow gauge quite steep in places and the mountain sides dwarf the train. for a return trip of an hour and a half each way for under 15 quid it has a lot going for it. 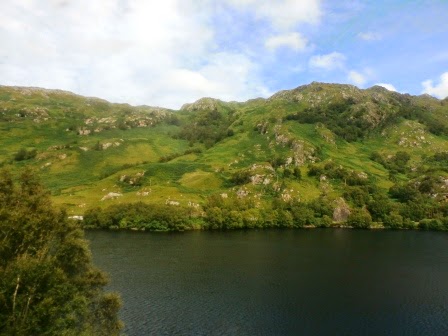