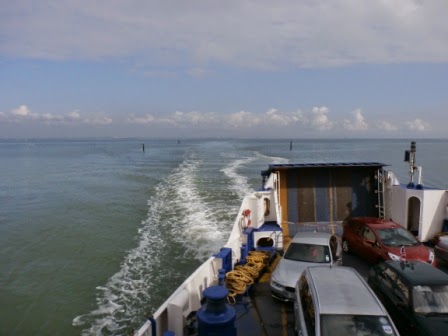 Working on the IOW yesterday. I got booked on a fairly early ferry from Pompey so ended up with a few hours to kill so I noodled down to Haven Street to look at the railway. Now apparently I've been before, but it's erased from my memory and this could be why. 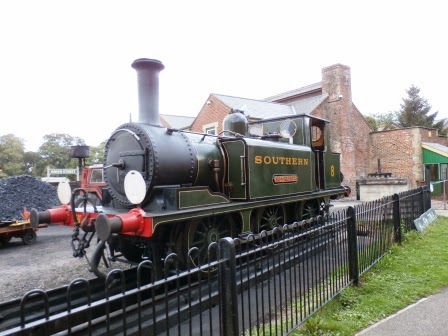 I picked up a 2014 leaflet from the ferry terminal which stated adult -ten quid. When I got to the gate it was twelve - not a good start. The guy selling tickets told me I could get the next train. Good, I thought. Then as I got through the barrier... it pulled out... second bad mark. I walked around instead and here's where the biggest beef starts. After visiting the S&K a few weeks back, which was very hands-on and friendly, made this seem... well, rubbish really. Passengers are kettled on and off the platforms. I don't know whether this is internal policy or some barmy IOW safety gone nuts, but it felt very wrong. At the S&K you could wander around and get up close and personal with the stock - not here. You are filtered down fenced pathways well out of arms reach from any item of static stock, as above with the terrier, all lonesome behind a fence. 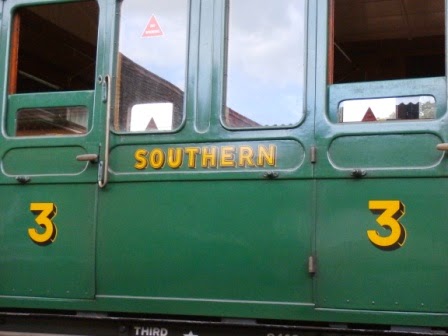 Workshops are usually barriered, I get this, but even where you could get close in the display area, there were signs saying 'do not touch this coach'.

I will always try to throw some cash in the direction of a preserved line. In this case I made sure I got my sausage and chips lunch here instead of the planned en-route Newport Sainsburys. I know the Jewish founded big boys are crumbling under the Aryan onslaught of Lidl and Aldi, but I don't think my £4.95 will make too much difference. This was probably the best bit. 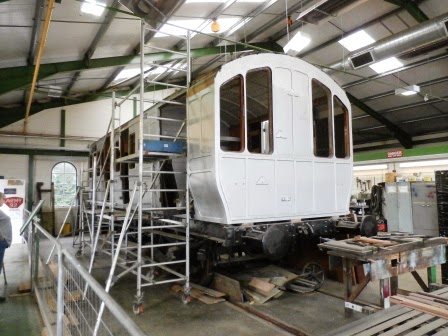 I came away after my eventual ride down the line feeling cheated. I know that they are possibly in the unusual position of being more tourist visited than enthusiast visited, but why the sterile 'keep away' attitude? The whole thing with railway preservation is the sensual angle - the smell of hot oil, steam and smoke and the ability to actually touch something which is a historical piece of industry. If the whole thing is done at a distance and only though push-button media, then the movement will die.
So hats off to the S&K previously for making the visit fun, dirty and exciting, and a big thumbs down for the IOW Steam Railway for a cold, clinical and uninformative afternoon.