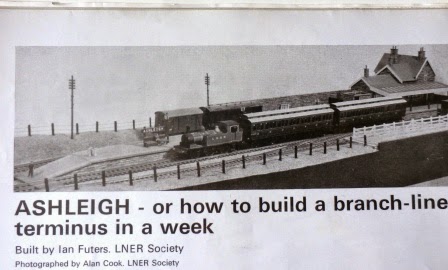 The latest in this mini series is probably the most hackneyed, and yet still fits the bill perfectly. Built in the 70s by the ubiquitous Mr. Futers when he must have been in short trousers. It's OO and you get the feeling he was still finding his feet before jumping into the finescale 4mm which for me was his best stuff. This however is one of those layouts/plans which is timeless (and more or less used by one Barry - don't touch that, little boy - Norman with his Seaton plan in MRJ).
If you want a plan to trial a new scale or gauge which contains all the elements of a station without fuss or ceremony, then this is the one for you. We used it and Glen Doran as the basis for Unnycoombe (link above) for just those very reasons with great success. It's just enough to get your eye in without wasting too much time, effort and cash if it fails to please.
I assume that the Alan Cook credited as photographer is the same Alan Cook that built Snooville which featured earlier in this series. 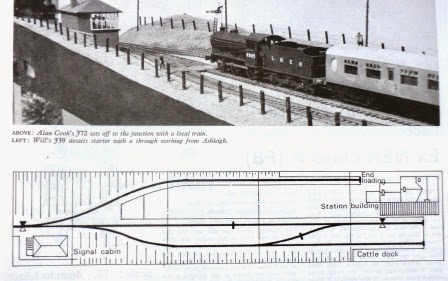