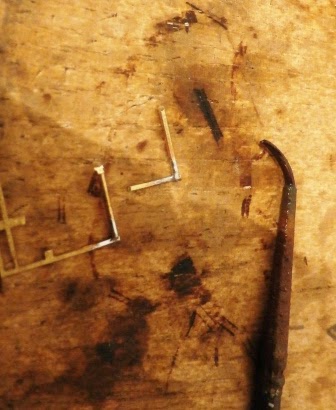 A little repair work on the K's Terrier. I quite like these older kits, there is a softness about them. No, they don't have the crispness and detail of the modern kits and RTR, but instead they have a more personal feel and character to them. This little chap has been in the wars having been left in a drawer for a while, and has injuries, notably the safeties which hang over the dome. I looked at the part in the un-touched kit I have , and soldered a pair of copies up from some 1mm rod and a scrap of waste fret from a Langley kit. 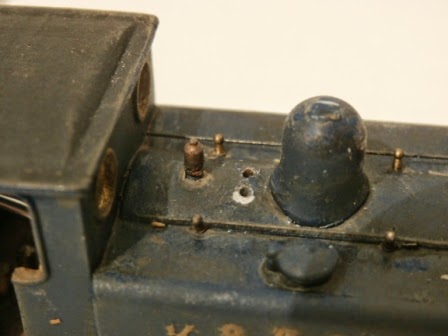 The broken remainders were drilled out , 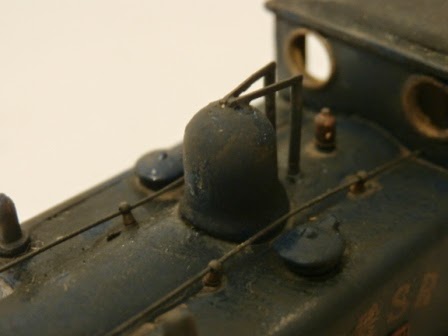 and the new scrap replacements super-glued on and painted. OK, so it's a bit rough, but from the normal distances would you know it wasn't the kit part?
Posted by Chris Ford at 19:16