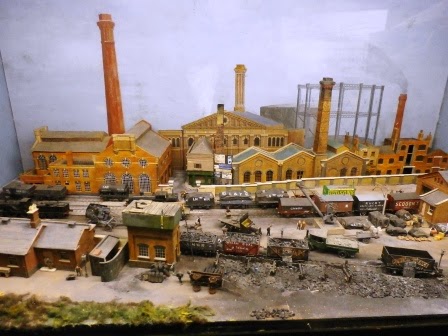 Second instalment of Welsh bits. Seeing as we were only around the corner a visit to the Conway Valley museum seemed in order... oh dear. The shop at the front was very good; lots of bits to rummage through and stuff that I've not seen anywhere else. You pay a small entrance fee for the museum at the back and walk through a door which was all a little shades of Mr. Benn. Hmmm...not what I'd hoped for, and a bit, well, small beer. I mean I wasn't expecting the Flying Scotsman, but it all seemed a bit tatty. And there was worse. There was an N gauge layout centre-stage. Most of it didn't work, didn't look as though it could work, and the whole thing was covered in a thick coat of dust. There was worse still. Anyone who grew up with 1970's model mags will remember photos of Jack Nelson's dioramas (above). Several of these are on show. You would expect with the word 'museum' for that to translate into 'care'. Unfortunately not. Peeling brickpaper, overturned vehicles, broken lamposts, all very sad. All they need is a little TLC and a bit of glue on the end of a cocktail stick and a good dust. I mentioned to Mrs. F. that I'd be happy so spend a week or two sorting them out if someone provided the accommodation. The effort would be so small. But would anyone care? 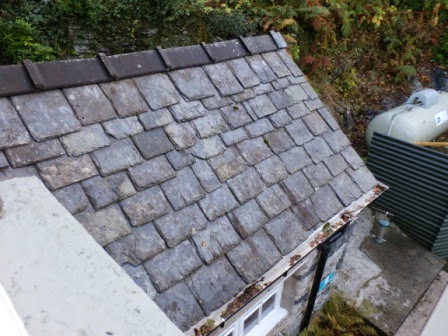 The roof of the kitchen from the B&B window. Just to point out that slates ain't square and ain't even.

I've had a couple of emails about the comment system here - it's changed slightly. You have to click 'I am not a robot' and the fuzzy number photo will pop up. Then continue as before.