I had an hour or so to spare yesterday so snuck into the Bluebell to take some photos. I don't know quite what it is - can't put my finger on it, but the line doesn't sing to me like other preserved lines do. It's no more commercial that the KESR, but feels it somehow. Anyway lots of interesting stuff that the hoi-poloi will miss whilst they rush through on their 'steam train ride'. The carriage works are doing some fantastic stuff. Of particular interest was the Stroudley 4wheel brake which is coming along in leaps and bounds. 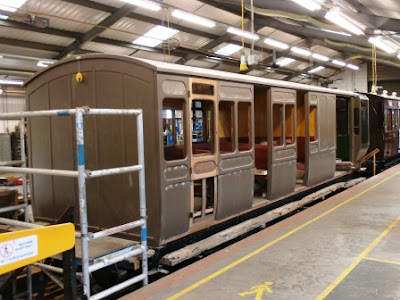 I quietly ignored the sign-age and wandered amongst the dump sidings at Horsted Keynes. Probably not officially allowed, but that is where all the fun stuff is. Below is a loco that I photographed on the line probably 30 years ago. It's been repainted at some point from green to blue, but is tucked away out of sight just rotting. This is criminal really, but I supposed it has no commercial use. All the spotters want to see Blackmore Vale which is parked in full view in the sunshine, but who wants to see an 1877 Manning Wardle? Me... 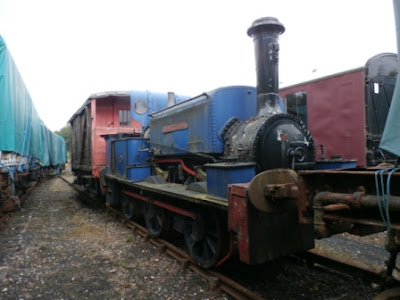 Finally: today sees the 50th birthday of a dear old mate, one who comments on here regularly. One of the nicest blokes you are likely to meet.
Happy Birthday Si.
Posted by Chris Ford at 14:07