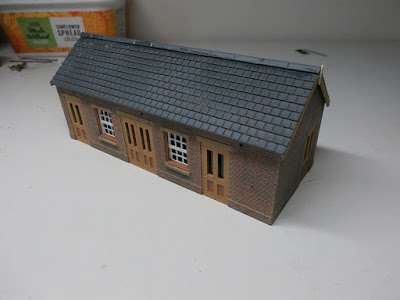 An in-progress shot of the GWR station building. The PECO kit is a bit of a shy one compared to the sea of Wills and Metcalfe. It's well made and falls together, the only problem are the windows which in any other circumstance I would have replaced with something finer, and the use of green plastic for these and other parts which is a bitch to paint unless you're going for the SR green. The ends have been swapped around, and there is an extra window cut in the one you can't see here. This is to make the whole thing closer to the example at Nelson in South Wales - in a general way at least.

Roof has had a base coat and is now underway with the details. If you want a generic which will work in any area this may be worth a look, though at £18 is not the cheapest option. 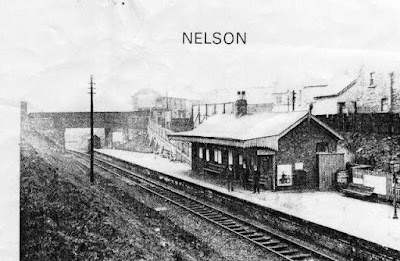