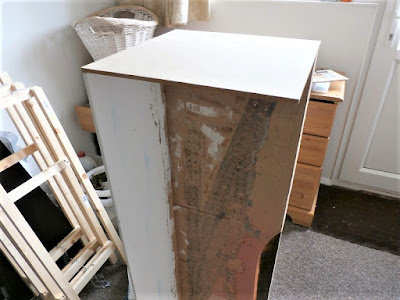 And the boxing-in begins. I have traditionally built open ended boards with just a back board to stop the eye. This has become somewhat unsatisfactory of late, mainly because a lot of the 'display' part of the idea is now photographically via here and other web medium. When you are building just for home and occasional exhibition, the human eye quickly realises that the scene ends at the edge of the board and does not query the other factors in the room around the layout, as the viewer is standing among it all. In a photograph this becomes irritating, as the relationship has changed and the background rubbish is as important on the image as the model. 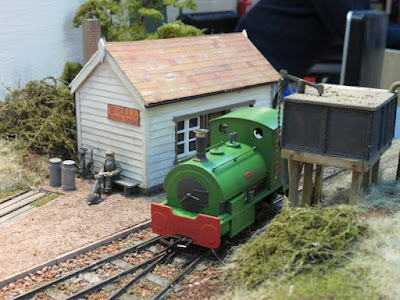 Take this shot of Morton Stanley by Mike Campbell - one of my favourites of the layout... except 20% of the shot is other stuff. Enclosing the scene would be better.
Part of the reason is the finality of boxing-in. In my head there is always the possibility to extend and although it is possible to rip end boards off, it usually happens at 8.30 am on the morning of a show. This doesn't end well and neither does the properly intended action - there is always debris and it never is as clean an operation as you first wished. I realise this is fairly old hat thinking in some quarters, and I first built a fully boxed layout in 1989, so hardly new for me either, but there is a step change in thinking that needs to be taken.