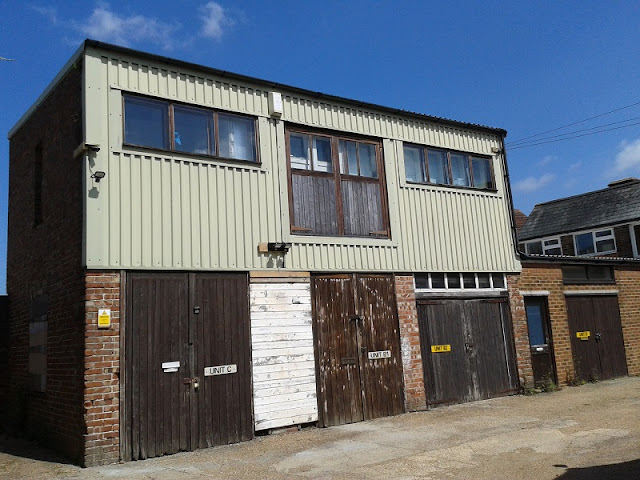 During one of the breaks at the Tunbridge Wells show on Saturday I nipped out for a paper. As the venue is only five minute walk from the High Street there was time to take in the sights. The area is mid Victorian terrace/villa housing, but dotted in between are little areas of industry. The difference between the builders of then and now, is that this 'built for the working man' housing also gave him a place to practice his craft. Now the game is to pack as much housing into a plot as possible and expect the occupants to drive somewhere else to work. There is a political question here that probably started in the 1980s. Before we built communities, now we build dwellings and then wonder why we're in a disjointed mess and no one talks to each other.

The building above is set back one block from the road down an alley and is a modellers delight with a mix on the main structure of brick and boarding. I assume that the upper floor would have originally been boarded as well. The juxtaposition of the old brick and the newer, probably post 70s brick is not something that many modellers tackle, and yet is so common. I can only speculate at the original usage, but would guess that the doors 1 & 3 were for small carts and that these were fed from the upper floor store.

This is one area where the modeller needs to try harder. 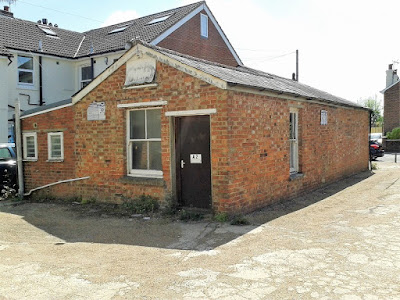 Swinging the camera (phone) around 90 deg to the right gives the rest of the setting - equally modellable.