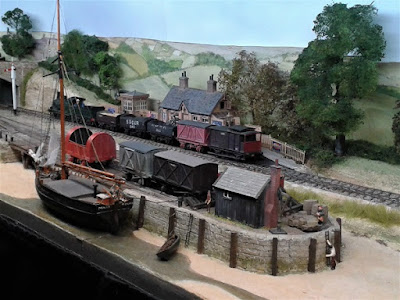 To Railex  yesterday. I'm not a regular visitor; there being one notable attempted trip where the M25 just stopped and the day was abandoned before it began. Yesterday a pre grockle start was made and arrival was swift and at opening.
Quality as would be expected was high, but.... it left me wanting for some reason. Too finescaley perhaps. In fact the best way to describe it would be like Scaleforum, but with punters. Highlights were Nick Salzman's 3mm mixed gauge cameo entry which was just gorgeous, and the 10 minutes spent leaning on the barrier watching Leighton Buzzard, which is only improved with Nick Freezer operating - it adds a certain amount of authenticity for some reason. Usual scoring as follows:
Exhibition 7
Food 9 (burger ,chips and beans for £4.50)
Rucksacks 3.5
I also learnt an interesting fact: the qualification for calling yourself a finescaler. You must own
a) a tweed jacket
b) a complete set of MRJs from number 0 including the compendiums
c) a Scalefour Society tape measure.
Failure to complete all three renders your claim invalid. 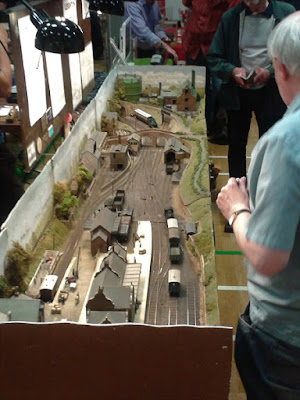