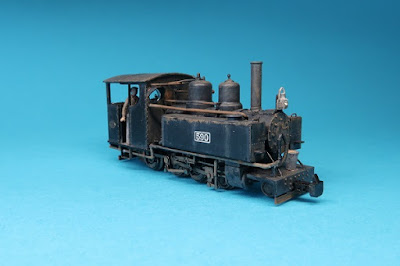 My task yesterday was to get the Baldwin finished. Figures were the first problem as the period shots show drivers who are roughly the same height as the doorway, i.e. 5'6" so the more modern Monty's and Modelu were out and it was back to some thinned out Merit men. The rest was painting with three colours a cheap brush and a cotton bud. The missing steam pipes have been added along with a lamp and the usual bucket.
I could keep fiddling, but that'll do for now.
Posted by Chris Ford at 10:19