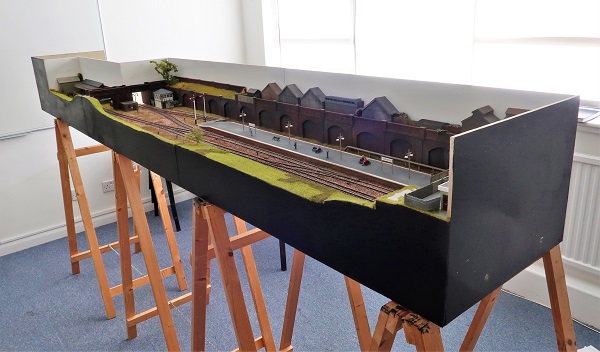 Development wise, Hopwood is paused. There are a few things to do yet: sort the FY out to something more useable, add detaily bits like clutter around the buildings, fix the lamp that I damaged last week etc, etc. As the saying goes, a layout is never finished, though I usually know when to stop - there is an optimum 80/20 point in most layout builds unless you are going for the full finescale bit and this is a looooong way from that. There are three shows in the book for next year and another pending following an invite over the weekend. There is also the possibility that it may sneak out in the near future to an undisclosed venue in Surrey - I'm waiting on that one.  I have a feeling that I could be surprised by this particular project and I'm not ashamed to say that I was a little dubious about it mainly vis-à-vis the operation.

Finding that optimum ratio between a small sized plan and functionality is one that can be hard to crack and I think that to get it to where I'm happier will take some thought. Home layouts are fine, but as soon as you take it out to a show there has to be entertainment value in that there needs to be movement 90% of the time. Less than that and people wander off.
Posted by Chris Ford at 02:01