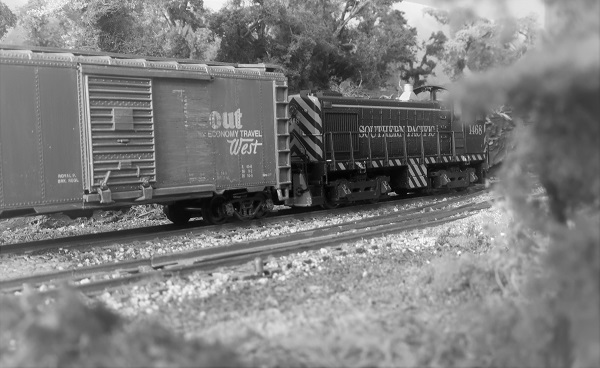 'Bring the American rolling stock'
What was supposed to be a day of sorting the wheels out on Svanda turned into a series of what ifs. The American stock from Einsford Mill which all dates back to 1994 was trundled round the Norwegian layout with no problems apart form a close encounter with the goods platform. It was noted that it would take only a change to a couple of the buildings to shift the location to the US North Eastern backwoods, but then further HO stock was produced and the trials repeated and the same conclusion moved to SW Germany. What a wonderful scale/gauge combination HO is. Interchangeable continents at the click of the fingers.

We've been here before of course -  the series of layouts planed around a single overarching theme, but it always breaks down as there is always a missing part to the picture: an item of stock which would be prohibitively expensive, a lack of a certain traffic or a physical problem such as siding length. No harm in kicking the ideas around though. Sometimes something sticks.
Posted by Chris Ford at 02:00