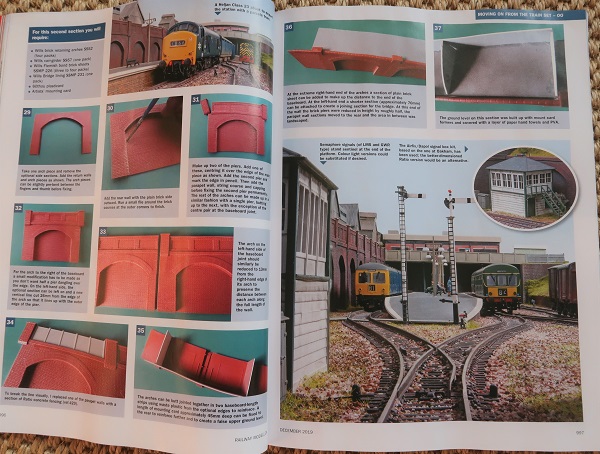 If you rush you could probably pick up part one in the November issue, but part two of the Hopwood build trilogy is in the December issue of Railway Modeller which is technically out tomorrow. The first section of this part is the organising of the fiddle yard and a suggestion for the now done conversion from two to three roads to open the operation up slightly. The second section covers the Wills arches which regulars here will know was quite an epic build in involving several days work and some assistance from the Excellent Cake.

The signals are a temporary fix. The earlier plan was for a junction semaphore, but the time was running away and I found a photo or two of this set up which saved the time. There is also the possibility that they may turn into colour lights at some point.
Posted by Chris Ford at 02:00