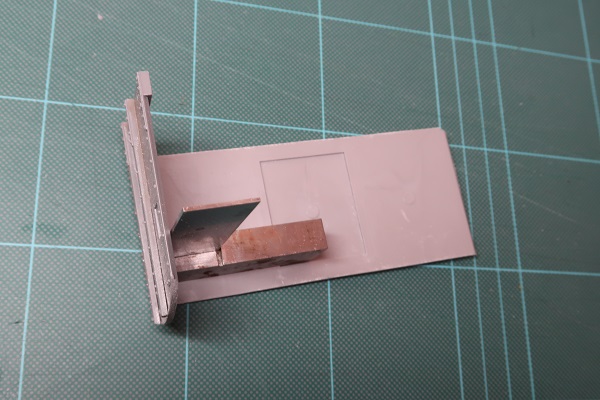 With a large box of stuff in front of me and as yet no baseboards, I wanted to make some sort of start. Aside from stop blocks there's no complete kits except the van body. I had a little niggle about leaving the headstocks on thinking that this was just lazy kit production. A scoot around google images revealed that the prototype is about 50/50, with half of the pictures showing the headstocks left on. Thus saving me sawing them off. As this is a 'get you going in O gauge' project it was probably best to run with the basic kit anyway.
After bouncing out of 009 this seemed huge, but then this is a jump that I've made before on more than one occasion and in some ways despite being 'niche', I think 7mm is where the future lies.
Posted by Chris Ford at 12:49