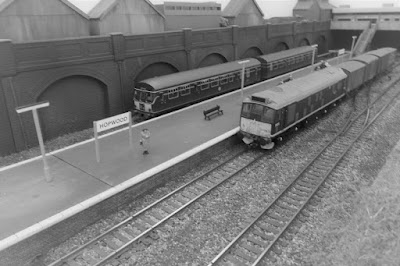 I'm probably not the only modeller who's starting to rethink the shape of things and I outlined what I thought some of the possible general outcomes would be last week. One a more personal level (and assuming the worst case scenario) it may now be time to consolidate the projects. I have to admit this is not recent thinking, but the current situation has thrown it into sharper focus. There may be some drastic cutting involved, or at the very least some boxing of things that don't fall within this new remit and stashing them in the loft out of the way.

A while ago I mentioned Hopwood in green and due to a couple of items arriving from the Reverend Ian shortly after this and a couple of purchases it is possible to do this. There is a slight lean to an Eastern Region or now I'm looking at this photo maybe more Midland-ish. As the photos were taken upside down with Hopwood stored against the wall it was logical to invoke the shade of Brian Monaghan  - even though I'm pretty sure all the wheels are on the track. 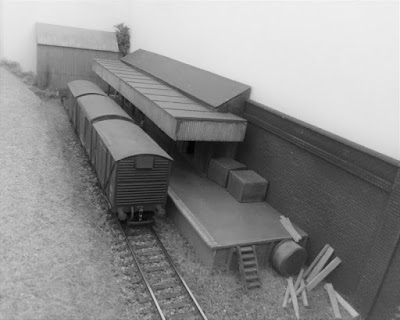