And we're back! Aldershot show. 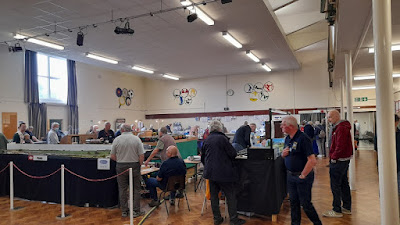 Although there have been a few weeks of exhibitions I haven't been able to get to them. Today it was nice to break the duck and go to the Farnham Club show in Aldershot. I think it normally clashes with Croydon so not a usual visit though we have attended with Svanda (notably not since).

It was a little weird being back in the bustle of a show which was busy (over four rooms) but not uncomfortably packed. Mask wearing was probably only 30-40% and almost absent with exhibitors. The standard was high with some big hitters in the room. There was little that I hadn't seem before and Peter Cullen's Mannin Middle was the deal breaker on travelling. What was absent was trade which was reduced to the smaller players with no box shifters; the biggest stand being Squires. This opened the rooms up considerably and left plenty of space to move around, but I assume will have hit the show's income substantially.

The year we exhibited there was a food issue but today no such problem with a fairly swift turnaround with a basic menu and card payment which I imagine will be the norm now.

The scores - not done this for a while:

In the brave new world, this is probably about the best you could do, and this may be the model in the future. Great to be back and enjoying the general chat, banter and piss taking that we all love.

Well done to Farnham for sorting it out and getting something moving. 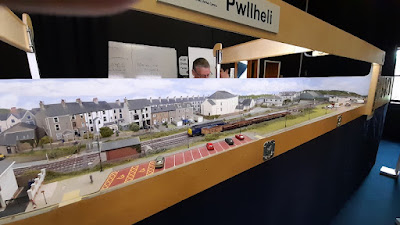