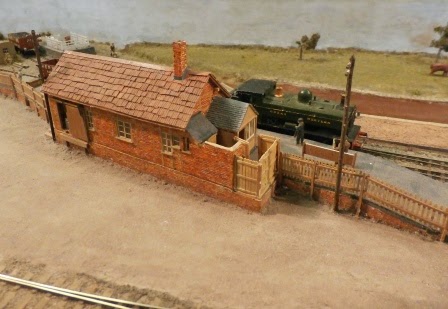 A short trip up the road to East Grinstead yesterday. Not as good as show as the last visit I thought, but there were one or two highlights including Croydon club's Hemlock which was working well and just gets better every time I see it. Is this just that three mil scale just looks so much more like modelling done by a real person amongst a sea of Bachmann RTR? Above is a kit-built pannier on I assume a 3SMR chassis and the building based on Hemyock with not only individual tiles, but individually laid bricks. 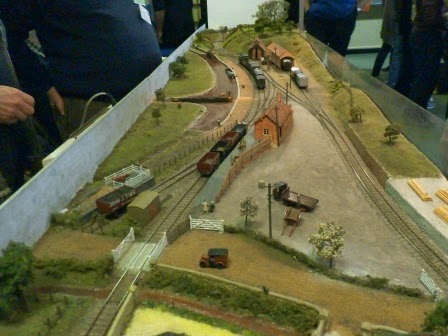 Nigel emailed earlier to confirm that the point control video on the you tube account had indeed reached over 9k hits.... suddenly. Which leads me to mention that there is now a short (and dark) film of Svanda available to view. That's dark as in badly lit, rather than dark as in staring Orson Wells.

http://www.youtube.com/user/unnycoombe
Posted by Chris Ford at 10:03