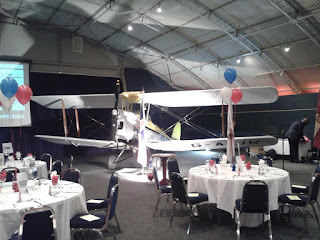 I can't say that it's too often that I wander onto a job and find a Tiger Moth parked next to me.

I'm coming to the end of the year in terms of modelling hence the rapid tidy the bench mentality of this week. Planning however continues in the dark recesses of my brain. The book three work is primary and ongoing, but there are as always a few side projects. The first is to get the AotC finished for the WRG show in the spring. The thing is that once you have tripped over that line in your head that it is now exhibitable (which wasn't the idea) I found myself hustling for the Swindon show last weekend. Secondly, the same must apply to the 009 layout Orne, which is in a similar state of 'nearly there'. This though is slightly less urgent, it's first show not being until March 2020.