The future of Hopwood 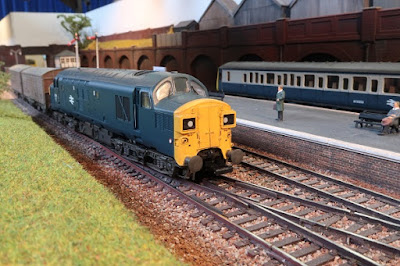 It's quite obvious now that things will have to change - at least in the short term. There is a domino effect at play with at two exhibitions being cancelled in my earshot anyway; one as far away as June. Phil wrote about some possible changes and solutions on his blog about a week ago - some quite drastic. There are detractors of course - those that think that nothing should change and I applaud their sentiment. I tend toward a sceptical middle ground. I wouldn't trust this government to tell me the truth about anything, least of all something which may financially affect their wealthy donor class. On the flip of that I'm very keen to protect those I love from any harm and in that I include the many modeller friends, some of whom are not in the first flush of youth. Sensible hygiene is the key (why we need to be told this is beyond me).

Hopwood has two shows booked in May and June. No reports on these as yet, but I suspect that they may fall foul of any large gathering shutdown or at the very least be down in numbers. This second point maybe key; exhibitions have break-points and if the organisers suspect that the demographic may not attend then is it better to postpone. Therein lies a second issue as then we are into a possibility of there being no space in the calendar as all the shows try to re-book in October. What that does give me is time.

I wrote a short list of possible updates for Hopwood over the weekend, one of which is the lamp issue (see the lack of above) as the Southern style crescent post items from Ratio have simply disintegrated post-Warley. They're probably OK on a fixed layout, but are just too delicate to be bounced around on a portable one. This  also ties to the period issue which niggles me. This isn't really my layout - it's a foster child, designed by RM to be generic and that may be more of a downside than the slightly squishy FY. Still pondering this one. In the meantime here's some music...
Posted by Chris Ford at 11:04